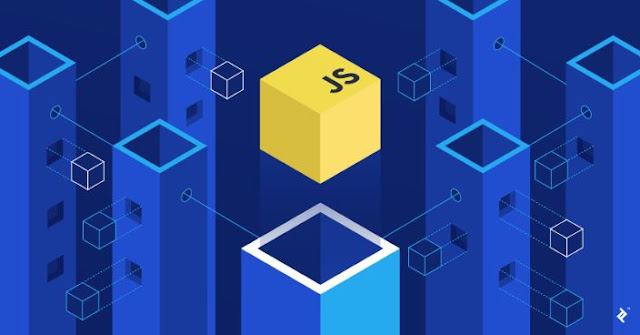 Once we learned about variables and data types in Javascript in the previous material , the next matter to be learned is the operator in Javascript.
Here is the basic thing that must be understood in any programming language.
Because we will be much use to perform various operations within the program.
What's operators and functions?
Suppose we have two variables like this:

How to count variables a and b?
The answer is by using the plus sign ( + ).

The sum of the variables a and b are stored in the variable c.
The plus sign ( + ) is an operator .
In conclusion, so the operator on the programming:
Operator is a symbol used to perform operations on a value and variable.
Operators in programming is divided into 6 types:
Operators shall in any programming language. 6 types of operators to above must be comprehended.

First: Arithmetic operator for the Javascript

Arithmetic operator is the operator to perform arithmetic operations like addition, subtraction, division, multiplication, and so on.
Arithmetic operators consist of:
To perform multiplication operations, we use the symbol asterisk / star (*) .
Do not use x, as a symbol of x is not included in the programming operators, x is the character.
Then we use an asterisk for reappointment / double star (**) .
For the division, we use a slash symbol  (/) .
Let us practice, you can try fajaryusuf.com html editor .
Example Code:
The result:
Try also to other operators with the following code:
The result:

In Javascript, when we will perform the operation on the data type string or text using the summation (+), then what will happen is the incorporation of the word; Not a sum such as type number.
Example:

The results will be:

The assignment operator is an operator that is used to assign the task to a variable. Usually used to populate the variable.
Example :

The result:
totalView variable will be increased by one.
The purpose of totalView + = 1 is like this:

Can be read:
totalView variable content with the sum of the previous totalView with 1.
Especially for the assignment operator are summed and reduced by one, can be abbreviated with the ++ and - for subtraction.
Example :

The question is:
What is the difference == (two equal with symbols) with === (three symbols equal with)?
Comparison using == symbol will only compare values ​​only. While using === will compare the data type as well.
Example :

Logical operators are used to perform operations on two boolean values.
This operator consists of:
Example Code:
The result:

Fifth: Bitwise operator for the Javascript

Bitwise operators are used for operations based on bit (binary).
This operator consists of:
This operator applies to data type int, long, short, char, and byte.
This operator will count from bit-for-bit.
For example, we have a variable a = 60 and b = 13.
When made in binary form, will be like this:
a = 00111100
b = 00001101
(Note the binary numbers, the numbers 0 and 1)
Then, the bitwise operation

The concept is similar to the operator for Logic. The difference, Bitwise used for binary.
For more details, please try the following code:
The result:

Sixth: Ternary operator whose on Javascript

Recently there Ternary operator.
Ternary operator is an operator that consist of three parts.
Previous operators only two parts, namely: the left and right. This is called a binary operator.
While there trinary operator left, center and right.
the left
Operator ternary on Javascript, usually used to create a branching if / else.
Operator ternary symbol consisting of a question mark and a colon (? :).
It looks like this:
Pay attention!
When the condition is true, then the "right" to be selected and vice versa, when false the "wrong" to be selected.
This operator unique, such as making inquiries.

In the above example, "kamu suka aku" is a question or condition to be checked.
If the answer is true, then yes. Otherwise would not.
More specifically, let's try this coding examples:
The result: