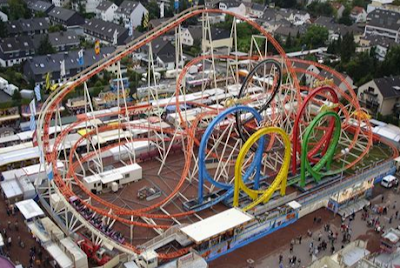 Looping with for normally used to repeat execute code already known to the large number of iteration. As for use while typically used for loops that have terms and do not have the number of how many recurrence.

General shape for the python syntax:

Example coding programs:
Explanation of coding:
we determine a lot of recurrence by 10 times with the following statement

The variable i serves to accommodate the number of indexes, and function range () function to create a list with the range of 0-10. The function str () function changes the data type of integer to a string.

Examples of other coding program using the list for:
The result:

General shape while the python syntax:

while (True):
# run this code
# This code is outside the while loop

Example coding programs:
Or you can try with a shape like this, using the key words break
Explanation Coding:
In the first line we define a variable to count, and also determines when the loop will stop. if the answer is not then the loop stops.

Then next looping with while, then add one count variable to store the value of each repeat. Then ask the user, whether to stop repeating or not?

Once completed redo, print the number of times of looping occurs